Grinder Pump Alarm: What does it Mean?

What does the alarm mean? Let's look at two different scenarios:

The alarm turns on for a few minutes, then turns off. We refer to this as a "nuisance alarm." If this happens, consider what was happening when the alarm turned on. Do you have a large spa tub or another appliance that uses a lot of water? Emptying a spa tub can send a large inrush of water into the grinder pump station. If the water level in the tank was close to the "on" level, then the large volume of water came from the tub, the pump may not have turned on quickly enough and the pump was overwhelmed temporarily. This type of alarm should turn off after 15 minutes or so.

The alarm turns on for a few minutes, then turns off, but it happens often. Repeated nuisance alarms may be more than a nuisance; they may indicate the early stages of your pump needing service. When the pump is working properly, you shouldn't notice much sound from the pump and not from the alarm panel. But if you're using a typical or reasonable amount water in the house and you get repeated alarms, you may want to call for service.

The alarm turns on and stays on. Service is required because the pump has stopped working. Never, never, never silence the alarm and leave it be. Don't turn off the breakers in hopes of clearing the alarm. Stop using water (or use as little as possible) and call for service. If you continue to use water, you will cause a backup into your home or yard.

E/One recommends contacting an authorized service center for repair. Using a non-E/One plumber or other pump repair may not be covered by the warranty.

Visit our web site for more information about grinder pump service. Download and print our Owners Guide for reference; there is space on the back to fill out your local service provider's contact information. If you'd like a copy mailed to you, contact us at eone@eone.com.
Posted by E/One Sewer Systems at 9:51 AM No comments:


The iota OneBox telemetry system from E/One Sewer Systems gives you complete command of your fleet of pressure sewer grinder pumps from your office desktop or a smartphone. Now you can improve customer service and take corrective actions as they arrive, while dramatically improving your response time and system efficiency overall.


Integrate OneBox into your SCADA network seamlessly and get the information you want about tank storage capacities, power failures, blockages, and faults … instantly! Get diagnostics for individual properties, streets or whole networks in real-time — cost effectively.

Developed for utilities by South East Water Corporation, one of Australia’s leading water utilities, the iota OneBox is now available in the United States exclusively through E/One Sewer Systems.

Southside sits in a rural area of Arkansas. Residents relied on septic tanks, which had a number of problems: some were a half-century old and ending their useful life, but more so, the shallow, soggy soil didn't perc well ... vital for septic systems.

"Improving the wastewater system represents the absolute top priority," was the urgent message of the 2009 Batesville Comprehensive Plan.

"Existing subdivisions couldn't grow anymore and were becoming unsafe due to raw sewage because of bad percolation," says Richardson. A new collection system was fundamental, he adds, "for growth both residential and commercial."


A gravity sewer system would have cause massive disruption and deep trenches. Crist Engineers, located in Little Rock, had designed pressure sewer systems before and chose E/One grinder pumps to do the job.

What were the results? Read the entire story on E/One's web site.

Posted by E/One Sewer Systems at 3:18 PM No comments:


The Town of Jerusalem is located in the Finger Lakes region of upstate New York. The region's geography is gashed by several gullies and deep ravines that run down to Keuka Lake; valleys and rolling hills used primarily as farm land; and, steep slopes on the waterfront.

It was precisely the natural beauty and rocky terrain the region prizes that would make it laborious, environmentally disruptive and almost certainly cost-prohibitive to excavate for conventional gravity sewering.

Hundreds of vacation homes (seasonal occupancy is only approximately 20-percent full-time residents) are located very close to the lake, often on small building lots with very little room for septic leach fields.  A high water table and ineffective subsurface drainage means the drain fields have poor percolation to begin with, so decline is rapid and inevitable.

The town had required homes to be scrutinized every five years.  If an existing septic system flunked inspection, corrections were required which often included the installation of a new tank and drain field at a cost of $20,000 to $30,000 per residence. In many instances there was not enough room to put in an up-to-date replacement.

Constructing a gravity sewer system, back in 1999, was estimated to cost $6 million, whereas an E/One pressure sewer system would cost $3.2 million. The proposed LPS for the Town of Jerusalem eliminated the need for 12 lift stations with a total cost savings of $900,000. Nor did it require a rock excavation outlay pegged at $775,000.


What has Jerusalem's experience been with pressure sewer? Read the entire article on Modern Pumping Today's web site.


Posted by E/One Sewer Systems at 1:58 PM No comments: 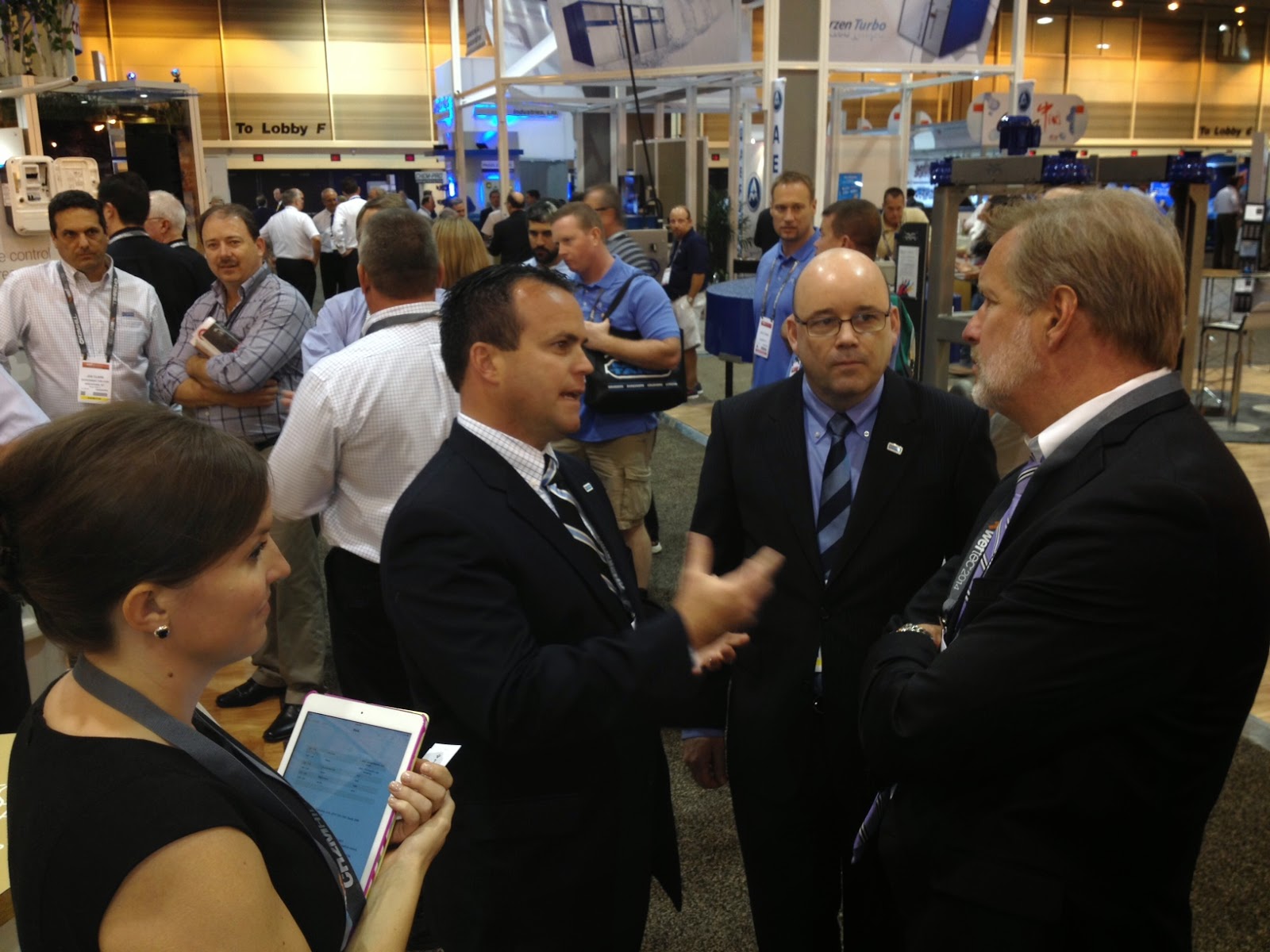 Their discussion included the latest developments in E/One's contract with the Melbourne-based utility to provide over 16,000 grinder pumps to their Peninsula ECO project for what will soon become the world's largest pressure sewer system. 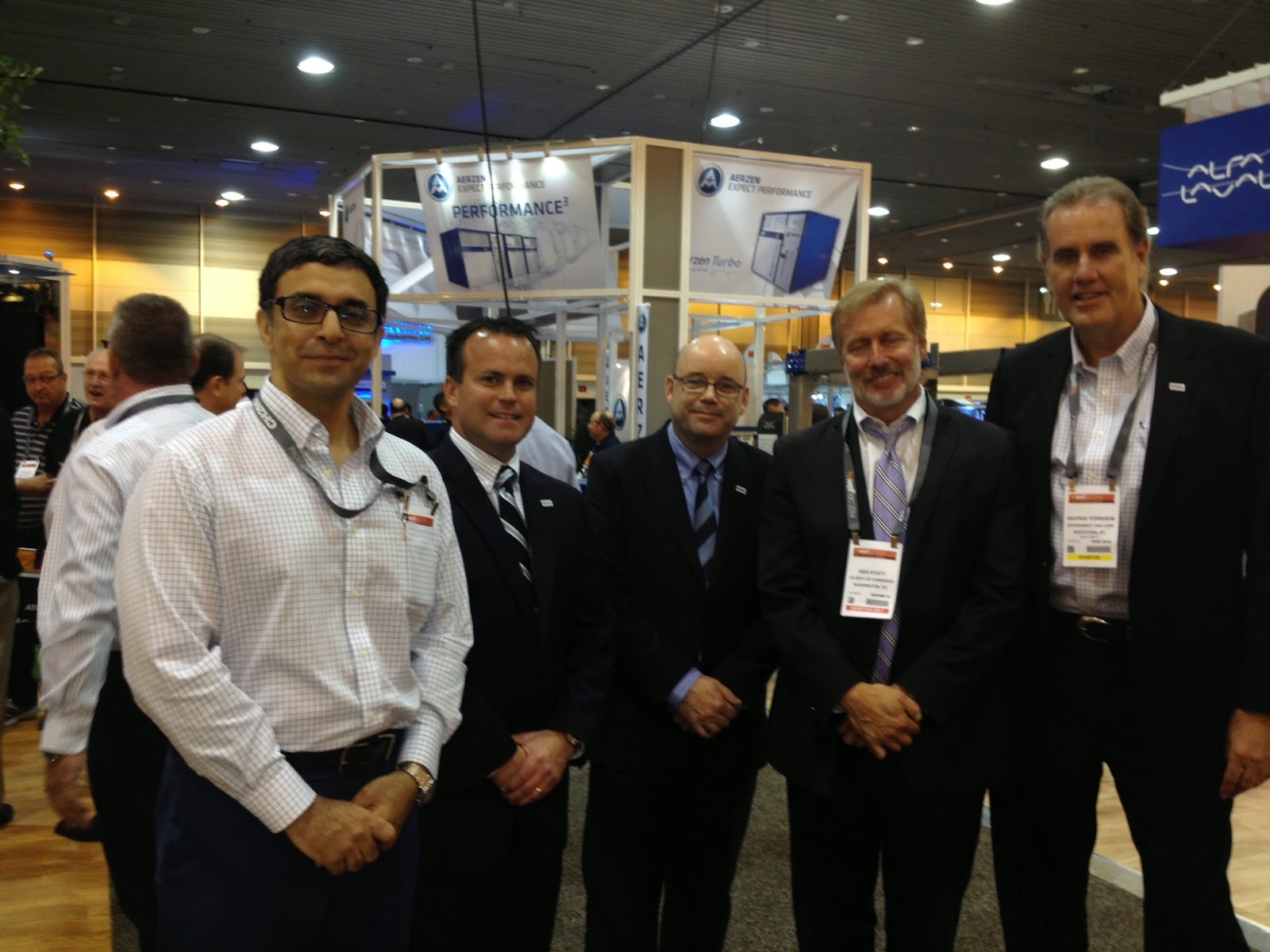 Posted by E/One Sewer Systems at 1:46 PM No comments:


NISKAYUNA, N.Y., Sept. 26, 2014 -- Environment One Corporation (E/One), a pioneer and world leader of low-pressure, gravity-independent, contour-following sewage collection systems, has been selected as one of the winners of Water & Wastes Digest's Top Projects Award Program. The presentation will be made on Tuesday, September 30, in New Orleans on the occasion of the Water  Environment Federation’s Annual Technical Exhibition and Conference (WEFTEC®), the largest event of its kind in North America.

In attempting to clear up an E. coli problem in the area’s lakes by replacing deteriorating septic systems, E/One and its client, the Twin Lakes Regional Sewer District in Monticello, IN, constructed the single largest grinder pump driven low-pressure sewer project in the Western Hemisphere.

"For this area, for this district, the best thing was low-pressure sewer," says Mike Darter, general manager of the Twin Lakes Regional Sewer District.  "By far and away LPS was the only way to sewer this area. It provided a timely installation with minimal disturbance to the property owners."

"It's quite an honor for E/One Sewer® systems, and for the grinder pump category which we pioneered and which was not too long ago considered an 'alternate' technology. Today LPS has become the 'appropriate' technology solution for a growing number of progressive communities worldwide," says E/One President Eric LaCoppola.

E/One conceived the concept of the household grinder pump in the late 1960’s. E/One Sewer systems have since proven to be an economical and effective method of sewering otherwise difficult land areas, such as flat, wet, rocky and hilly terrain.

At the heart of an E/One Sewer is the grinder pump, developed by Environment One. These units accept household sanitary waste, grind it into a fine slurry, and pressurize it to permit transport through small-diameter pipes. E/One Sewer systems now serve over one million
end-users daily.

ABOUT E/ONE
Environment One Corporation (E/One) is a diversified, high-technology company located in Niskayuna, New York, U.S.A. Manufacturing, engineering, administration and marketing operations are managed from Niskayuna. Environment One also maintains regional sales offices in key cities in the U.S.A. and globally. Environment One Corporation is owned by Precision Castparts Corp. (PCC), a worldwide manufacturer of complex metal components and products, listed on the New York Stock Exchange under the symbol "PCP."

Welcome to the E/One Sewer Systems blog. This blog is hosted by Environment One Corporation, the manufacturer of E/One grinder pumps.

We invite you to read, comment, and ask us questions. Please know that although we may not post all responses, your comments are read and considered. We will try to respond personally if needed -- just be sure to give us a way to contact you.